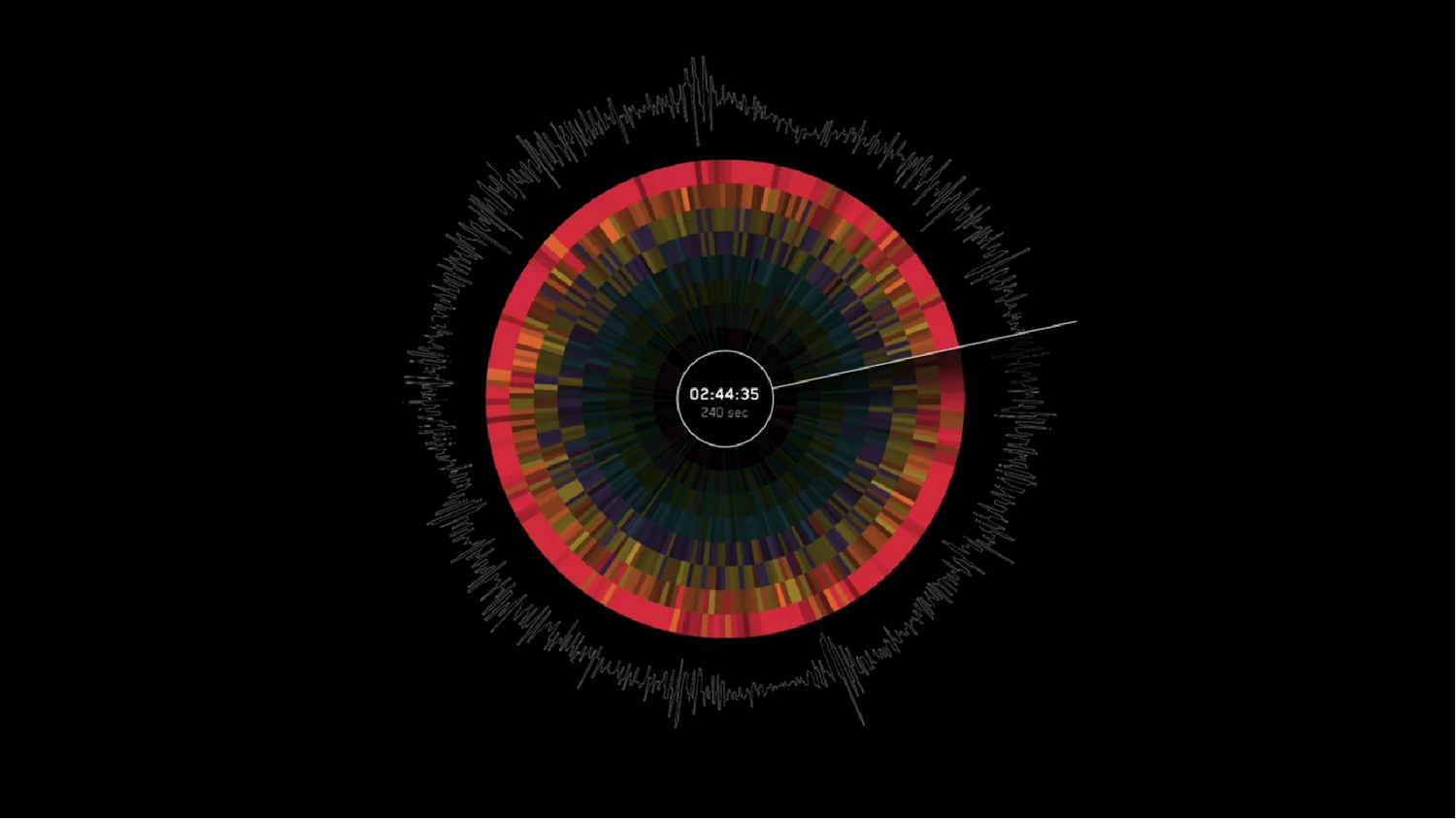 The Laser Interferometer Gravitational-Wave Observatory (LIGO) in the United States is an astrophysics facility that was created to detect gravitational waves in space-time. The operation leverages miles long lasers, bouncing through a series of mirrors, to detect micro ripples in space-time caused by black holes and other astronomical phenomena.

This research project is an extension of the work predicted by Einstein’s General Theory of Relativity. Our challenge was to streamline and understand data coming from this hyper-sensitive laser interferometer that is instrumented with 10,000 sensors. We worked with researchers to identify and consolidate factors of noise into a unified series of common language between researchers.

The result is LIGO Clock, a cohesive visualization that represents all channels of noise. The circle on the left provides a holistic view of the laser state, allowing researchers to identify patterns of irregularity, while the circle on the right provides a drilled-down view into subsets of data for researchers to zoom into detailed irregularities within a single channel.

Text and images used with the permission of Stephen Bader: https://stephenbader.info/NASA