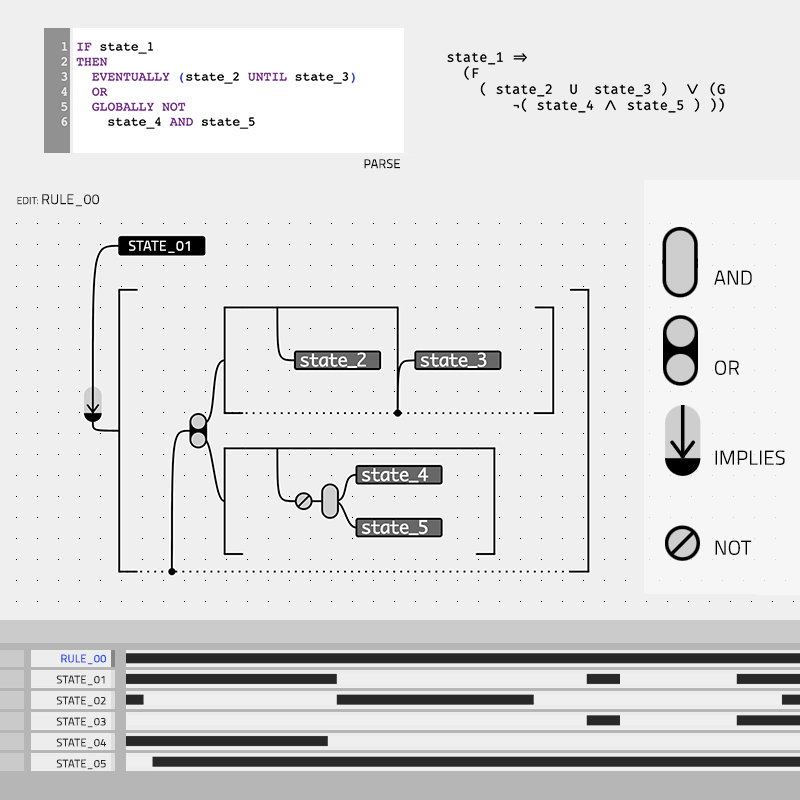 In spacecraft mission design, hundreds of engineers establish thousands of flight rules, usually written in English, to dictate how the spacecraft should work. However, the inherent ambiguity of natural English language poses problems.

Existing computer logic-based systems expressed flight rules without ambiguity, but was unnatural for users. Our team collaborated with the Europa Clipper Engineering Operations team to respond to the challenge: how do we ensure that these rules are understandable and unambiguous to both the humans writing them and the computers that use them to run flight simulations?

To address these problems we created MORGANA, a Flight Rule Studio for authoring, validating, and evaluating flight rules. Through interactive visualization, the software enables spacecraft subsystem experts, systems engineers, mission planners, and simulation developers to develop rules and naturally express them in code. It humanizes computation-based logical relationships and makes working with a large dataset of variables used for authoring flight rules easier.