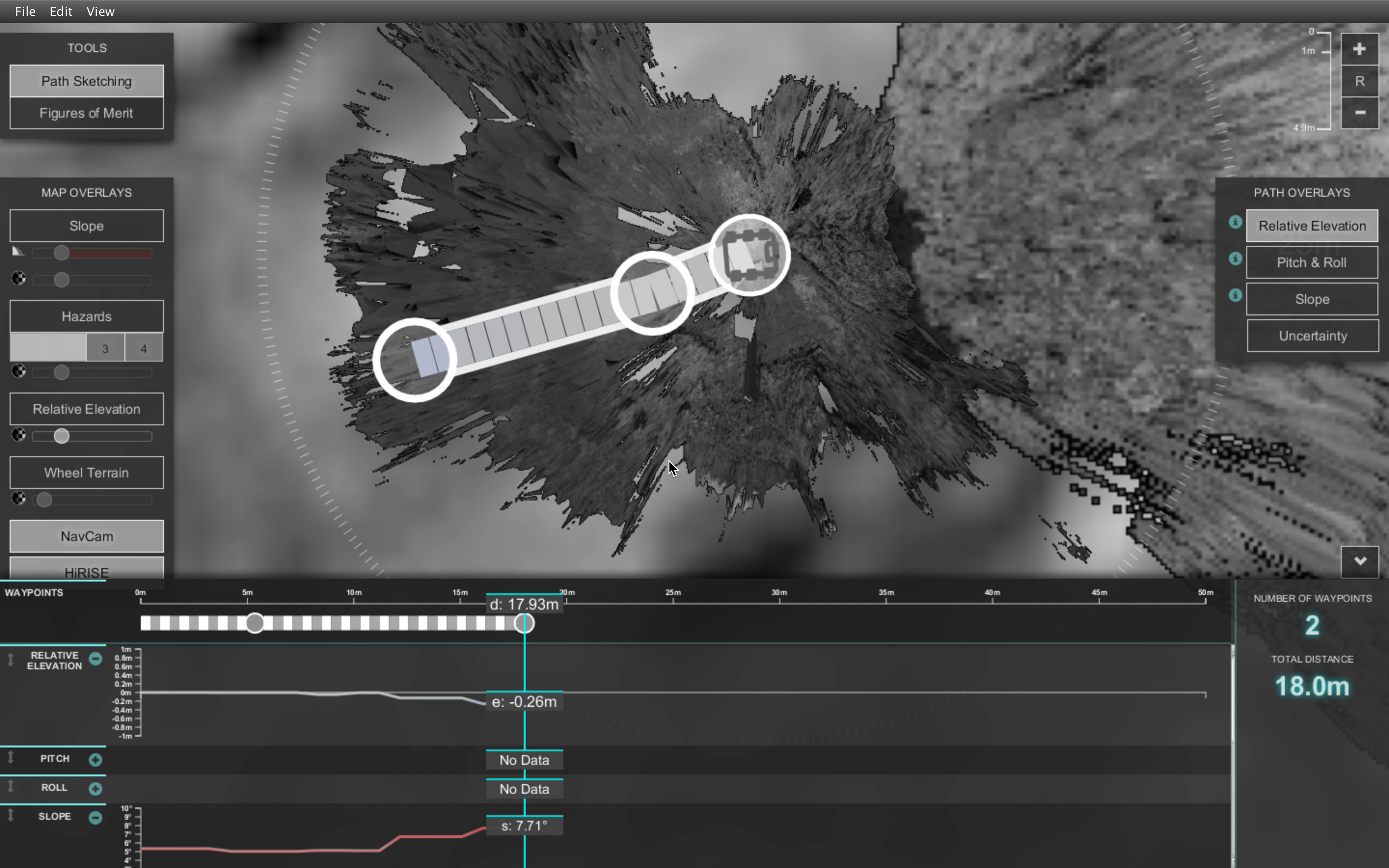 A data visualization tool to help engineers who drive the rover on Mars determine the safest and most efficient path for the robot to take. Our work was developed into an application for visual sequencing as part of the Rover Planning Subsystem for the Mars 2020 Ground Data System.

Curiosity, the JPL rover launched in the summer of 2012, is on Mars conducting scientific experiments to understand the Martian climate and geology. Rover Planners must navigate Curiosity up and down steep slopes, around unforgiving rocks and wheel-sinking sand to target locations determined by science teams.

Driving the multi-billion dollar robot from 150 million miles away isn’t an easy task. Their tools and processes are not intuitive, the RPs spend about 9 hours each day generating and simulating paths and do much of the analysis and decision making in their heads.

RSketch is our prototype for a visualization tool to quickly sketch out a path, display data along the path, receive immediate feedback for faster analysis, and export the path to the existing tool suite.

By visually encoding variable data we can externalize the mental model of an RP. We used color to represent pitch, the uphill or downhill tilt that has an effect on the rover’s speed and whether it under or overshoots its mark. White bars along the path represent roll, the side to side tilt it will experience traveling over uneven terrain. Too much roll will cause the robot to tip over.

Our 2015 prototype led to funding of $1.5M to turn it into an application for visual sequencing as part of the Rover Planning Subsystem for the Mars 2020 Ground Data System.

Text and images used with the permission of Pei Liew: http://www.peiliew.com/rsketch-1