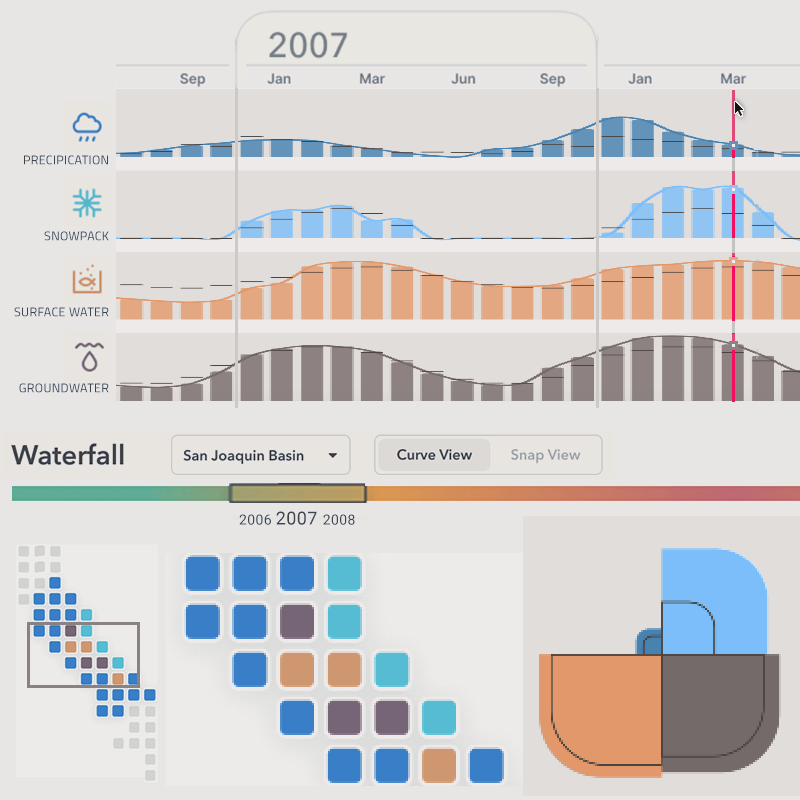 California is facing long term problems due to extended periods of drought over the past century. Scientists are trying to understand past and present conditions to help with planning for the future. Due to the nuanced complexity of California’s hydrological system, it is difficult to examine exactly how water inputs and human activity affect groundwater levels. Yet it is crucial for scientists and policy-makers to determine what limitations to place on human water use to mitigate the impacts of drought in the future.

Understanding the relationships between water inputs and outputs is critical to this planning process. While it’s known that shortages in precipitation “cascade” through layers of the water system, the timing, magnitude, and spatial relationship between each layer is not well understood. As a result, planning efforts today are largely reactive, not proactive.

We created Waterfall, an interactive tool to visualize the drought cascade, providing context for researchers to understand the broader relationship between multiple hydrology layers: freshwater inputs, groundwater levels, and human behavior. By exploring time series of precipitation, snowpack, reservoir, and groundwater data in different levels of granularity, the team can approximate and communicate the temporal, spatial, and volumetric nature of the drought cascade.