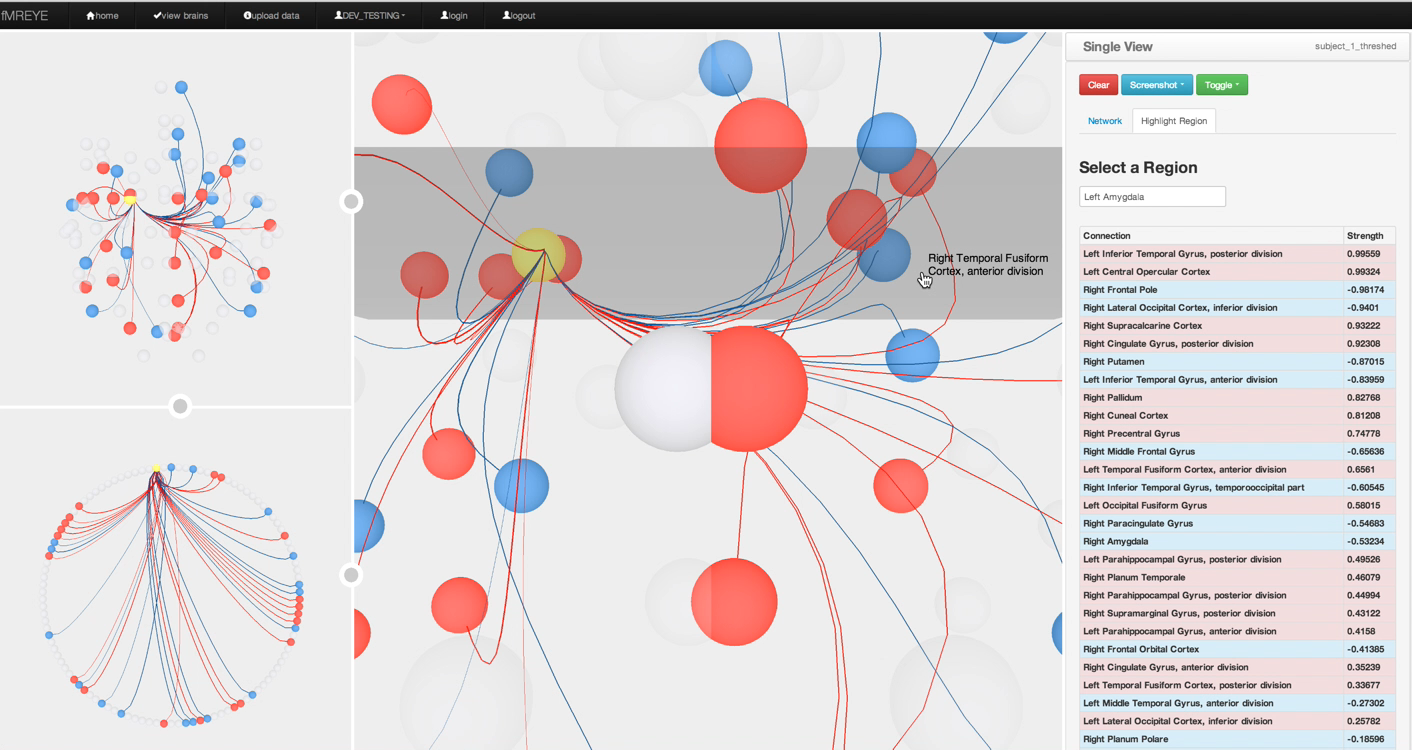 Neuroscientists use Magnetic Resonance Imaging (MRI) to explore functional connections within the brain. MRIs show simultaneous activations of blood flow in the brain during response tests. Functional-MRI specialists don’t have a tool for visualizing the complex data that comes from f-MRI scans. They work with complex large-scale correlation matrices that table what functional region connections exist, but these are not parseable data structures, and they do not have corresponding visualizations.

f-MReye is a web application that loads an f-MRI data correlation matrix, and provides 3 levels of abstraction in a multi-view display for progressive disclosure of functional correlations between spatial regions.

First, at the top level, the exploratory view provides a representative model of the connections in anatomical space. Second, an abstraction of “mapped” data provides for “sense-making” of the data in networks as they relate to a centralized focal point. And third, the schematized interaction organizes functional nodes according to their functional groupings as reflected by edge bundling networks that reflect the natural hierarchies of those nodes in the actual brain.